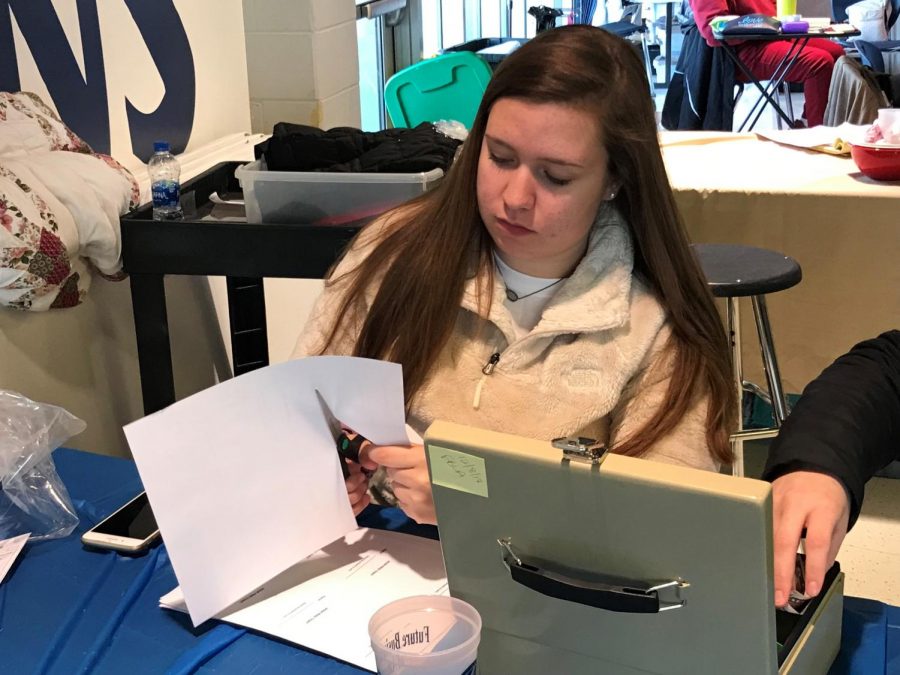 Future Business Leaders of America (FBLA) hosted their third annual vendor fair this past Saturday, Dec. 8. The fair is held in the upstairs commons and showcases many different handmade shops and independant sales as well as representatives for larger companies.
The event occured from 9:45 a.m- 1p.m, and set up for the event began Friday after school. FBLA members helped with table set up and take down before and after the event, as well as helping vendors set up their tables.
FBLA is an organization that allows students to explore business careers through academic competitions in a variety of topics. The annual vendor craft fair helps raise money for members to compete and travel in state and district competition.
La’Trell Dollinger, junior and first year member explained why he joined the organization. “Olivia Childs was in FBLA, and she competed in what I’m competing in now, but she suggested it, and it’s more things to do across the school design wise. I just want to spread my designs across the school,” he said.
Vendors were able to buy a table for their shop starting at $40, and raised to $50 after a specific date. This year’s list of vendors grew from the previous year, to the point of a creation of a waitlist. Melanie Leary, FBLA sponsor and business teacher, explained the success in the fair for the year.
Leary said, “We had a waiting list of vendors that wanted to participate and we didn’t have room for them to join us.” She continued, “Each year our people who have come to shop have increased by 50, and I’m thinking it increased by a lot.”
Advertising for this year included more presence on social media, as well as newspaper advertisements in both Jefferson City and Columbia. Before the event, signs were strategically placed on the roundabouts on Saint Charles Road, as well as the stoplight outside of Battle. Leary believes the advertising attributed to the growth in attendees.
During the event, attendees were able to enter a raffle to win prizes donated by vendors. The drawing was free to visitors and had a variety of items from handmade items to more commercial items.
Laura Miller, mother of two Battle students, visits the vendor fair to support her children at battle, as well as friends who have table at the fair. During the event she won an item from the free drawing. Miller said, “I won a Scentsy warmer night light that you plug in and you put a block of wax and it has Christmas lights.”
The vendor fair is an annual event, and will occur again next winter.