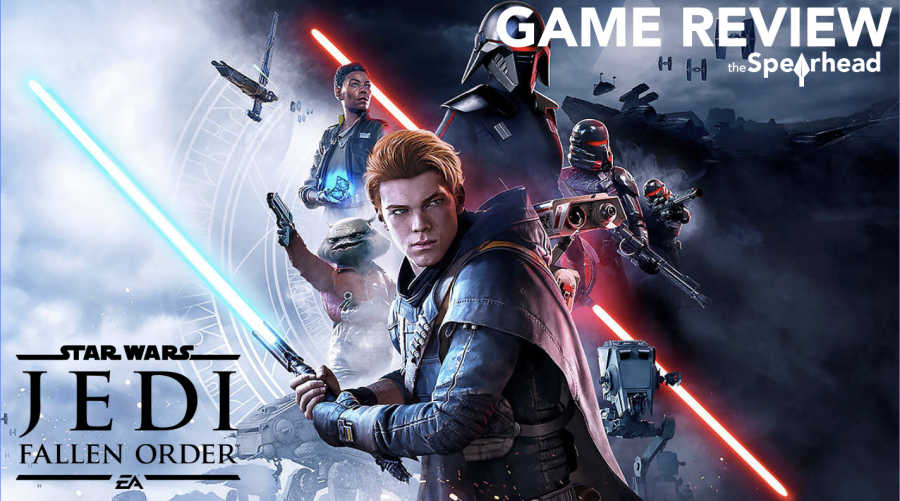 Respawn Entertainment and Electronic Arts (EA) have developed and published a new addition to the Star Wars collection of video games, “Jedi: Fallen Order”. This game is a brand new standalone, single player game that utilizes unique lightsaber combat that is similar to scenes from the Star Wars movies. “Jedi: Fallen Order” takes place five years after the events of “Star Wars: Episode III – Revenge of the Sith” and before “Solo: A Star Wars Story”.

During the game you play as Cal Kestis, a former Jedi Padawan, who is in hiding on the planet Bracca after the execution of Order 66, which was an order to kill all remaining Jedi. While on Bracca, Cal helps scrap the old ships from the Clone Wars era. During the introduction where the games controls are taught, Cal must navigate across many obstacles, but the game  doesn’t feature an in depth parkour system like the Assassin’s Creed franchise.

When playing as Cal, you can upgrade certain skills and abilities with skill points, which are obtainable by collecting experience in fights. During a mission very early on, the player is greeted by a droid companion nicknamed BD-1 who can help during your exploration of the Galaxy. When you’re running low on health, BD-1 can supply Cal with stims to boost his health.

The save points and skill upgrade interface are integrated into a physical spot inside of the world. Similar to Dark Souls’ campfires, “Jedi: Fallen Order” uses meditation points to access the quick save, skills and a rest option where the player can replenish health and stims.

Combat in the game is extraordinary. While it is very challenging, it still gives the player something to keep coming back to time after time again since it allows for unique battles each time. If the game proves itself too difficult, players may also choose a difficulty option called story mode for those who just want to explore the world and immerse themselves in the storyline.

While the gameplay in “Jedi: Fallen Order” is phenomenal, just like every game, it had to have some kind of problem. Luckily the games problem came in the form of performance issues and stuttering which can be quickly fixed by game updates in the upcoming months.

When you set the performance issues aside, “Star Wars Jedi: Fallen Order” is one of the best games from 2019 and the company that created it was able to bring back a gaming franchise that many never expected to see again.