The football season season come to an end. 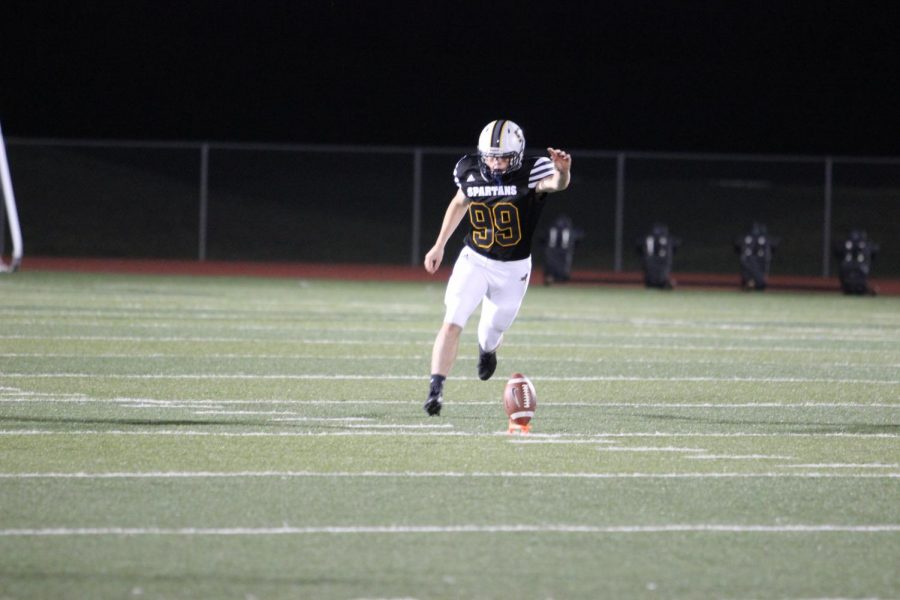 The Battle football team was looking to go for their sixth straight district title this season; however, the Spartans came up just short of that goal. The Spartans lost against Fort Zumwalt North 63-20 in the Class Five District Four title game on Nov. 15.

This season had a head coach change in first-year head coach Atiyyah Ellison. Ellison believes the team did well under the new adjustments; however, he emphasized that there is still a lot more the team can do to improve.

“We struggled early and finished strong at the end, except our last game,” Ellison said.

Ellison commented on improvements throughout the season. “The work ethic as a whole and the team coming together as brothers,” Ellison said.

Ellison has experienced a lingering thought that most team’s wonder after their season comes to a close: How big will the loss of this senior class be? Ellison, however, recognizes the talent the underclassmen bring to the table, making him optimistic for future seasons to come.

“Every senior is a big loss, you can’t really replace any of those guys cause everybody is unique and brings a different skill set to the team,” Ellison said.

Darren Jordan, senior, talked about this year’s senior class being the first to not win districts.

“It was a letdown, to be the first senior class not to win districts, I feel like there could have been some things that we could’ve done better as seniors,” Jordan said.

Ellison has continued to uplift the team and has reminded the team of the importance of preparing for next season.

“Bring the young ones up and then they become leaders for the team next year,” Ellison expressed.

Junior Tommy Atherton talked about what the underclassmen need to do to get ready for next season.

“Hopefully more people will come out, we need a lot more juniors and sophomores to step up like in past years to be better than this year,” Atherton said.

Football workouts will start early next semester. Ellison believes workouts are an important part of cultivating a good team.

“Most people think they can start in Aug. and get ready for football, but nowadays you have to work out in the offseason. Then the teams we want to beat are still playing now,”  Ellison said.

Football workouts start next week on Monday after school.