The 2020 Iowa Caucus culminated months of preparation for candidates and voters in a controversial manner. 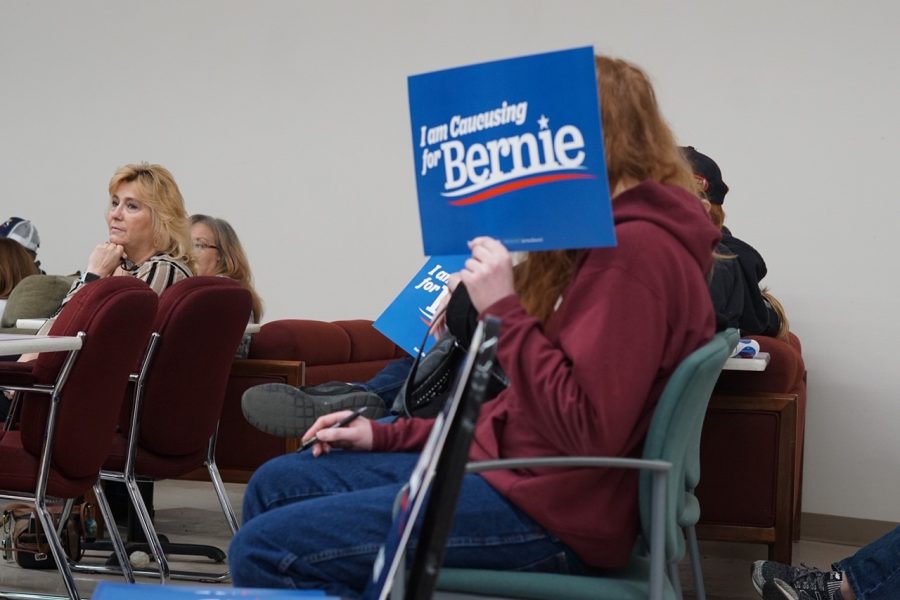 As a mainstay of the United States election process, the Iowa Caucus attracts thousands of politicians, reporters, and voters’ attention to the Midwest. But what even is the Iowa Caucus, and why is it important?

Every four years when the presidential election rolls around, each state conducts a primary election to determine its nominee for each party. Many states, Iowa included, use a caucus system, in which voters physically show up to a polling place, like a high school or library, to advocate for their favorite candidate. Voters put themselves into groups based on preferences and, if their candidate gets a large enough percentage of the votes, he or she moves on. If a candidate doesn’t get enough people to back them, those voters that did support him or her have to join another team. Supporters of each successful candidate canvas for their favorite and try to get undecided voters to their side. This process repeats until one candidate remains.

2020 presents an unusual case in Iowa: because President Donald Trump is running for re-election virtually unopposed in the Republican race, the main focus is on who will represent the Democratic party in the general election. The front-runners heading into Caucus day were Vermont senator Bernie Sanders, former Vice President Joe Biden, and Massachusetts senator Elizabeth Warren. Other noteworthy contenders behind the “big three” include South Bend, Indiana mayor Pete Buttigieg, Minnesota senator Amy Klobuchar, and businessman and entrepreneur Andrew Yang.

Why is the Iowa Caucus a big deal?

Even if the Iowa Caucus seems mundane from the outside looking in, there is a big reason why it’s important. Because Iowa is the first state to pick its nominee for President, the candidate who wins gains momentum and, more often than not, gets on a fast track to Washington, DC. In 2016, Hillary Clinton won the Caucus by a slim margin of .25% over Bernie Sanders. Clinton would then go on to be the Democratic nominee, losing the electoral college to Donald Trump in the general election. In fact, seven of the last nine Iowa caucus winners have gone on to get their party’s nomination. Needless to say, candidates feel the pressure to go big in Iowa to get the votes and Iowan’s notice.

What do Iowans think of the Caucus?

“I get a lot of phone calls,” Keokuk, Iowa High School senior Olivia Smith said, laughing. “Even the people that I’m going to support in the caucus, I’ve had to block everyone because it interrupts class and stuff.”

Smith, who recently turned 18, got the chance to participate in a local caucus on Feb 3. She was very enthusiastic and said that she was looking forward to the experience.

“The Caucus brings in so many people from around the world,” restaurant owner Mike Maska claimed. Maska runs a diner that opens its doors to the influx of people that show up around Caucus time, but says he won’t participate in the 2020 caucus. “There’s always candidates and campaign workers coming through. Everyone is really nice and it definitely gets interesting.”

Because Iowans see heavy campaigning in the months leading up to the Caucus, some people feel that there is greater access for them to be involved.

“I definitely feel like living here has made me more politically active. Not because I find it fun, but because I know it’s my duty,” Keokuk High School senior Cameron Muston said. At 18, Muston has already attended events for candidates to sift through and find which people he will caucus for. “There’s always a lot of information coming at you at once, and going to events helps me take it in and make meaning of it.”

Librarian Anna Westermeyer is a strong advocate for her students and peers to be involved in the election. “I love it when teachers and students tout their favorite people. I think it gets people excited and teaches their peers to speak out about what they care about,” Westermeyer said.

How do Iowans think the election will affect them?

With the amount of news, advertising, and  drama swirling around Iowa, many Iowans said that they can get caught up in the results.

“Lots of people complain and gripe about not having the president they want, but I say if you don’t vote, you can’t bicker,” Gregry Morton, 89, explained.

Morton has been active in the election process since 1956. He can recount many humorous stories of his caucusing days. Even so, Morton did not plan to participate in the caucus this year, saying he didn’t think it would make a difference.

The youngest generation, however, is coming to the realization that their participation in the caucuses matters even more than they thought before.

“This time around is way different. I realize now that what I do with my right to vote really matters and I need to use it as much as I can,” Schylar Grisham, 18, admitted. “In 2016, I didn’t really care because I wasn’t old enough to vote. But now that I’ve seen how the past three years have panned out, I know that I need to be active if I want change.”

Grisham’s peers agreed with him. Keokuk High School student Madison Benson sees this election year as a crucial turning point for America. “I’ve heard a lot of people saying they’re going to caucuses because they don’t like the way our country is headed. I think that’s one of the best things they could do to change it,” Benson said.

How did the Caucus turn out?

After months of coverage and anticipation, the 2020 Iowa Caucus was underway. Voters from across Iowa piled into their precinct location while volunteers and campaign leaders set up their candidate’s table, full with stickers, informational packets, and counterfeit Capri Sun (giving food and drinks out to caucus-goers is strictly forbidden, but at Keokuk’s 6th precinct caucus, the Biden campaign had a large supply.)

Pete Buttigieg Precinct Leader Denise Estrada said picking who she was going to support was difficult this year. “There’s so many people up for election this time around, and there’s so many factors that it took a long time to decide. I’m glad I found Mayor Pete, though. He’s got a strong mind and I think he’s electable,” Estrada said.

While Estrada is strongly held on Buttigieg’s campaign for now, she shared one sentiment with many other caucus-goers. “Even if Pete doesn’t win the nomination, we’re all going to band together because to us, getting a new president is more important than any of our individual opinions,” Estrada said.

As Caucus proceedings officially started, some attendees said they were surprised by the atmosphere. Because the event is sanctioned by the federal government and the results are all-important, the procedures that start the Caucus are long and tedious. Before actual vote-counting can begin, Precinct Leaders must count attendees and hand out release and choice forms.

Once the counting of Round One had concluded, Precinct leaders, like Gould, announced which candidates had received at least 15 percent of the vote. If a candidate did not receive an adequate amount of votes, the campaign was no longer “viable” and its supporters had to join another campaign. While many voters have a second choice lined up well before-hand, others decide to declare themselves “undecided,” opening themselves up to campaign leaders trying to win them over.

“Warren is the only one I trust,” Caucus-goer Ahmy Blooms admitted to Estrada after Elizabeth Warren’s campaign became non-viable. Estrada came to the Warren team to try to win Blooms over, but the Warren-diehard was persistent. No other candidate would get her vote.

As the Caucus continued, people switched teams, recounting votes and realigning delegates. This process proved difficult for Precinct Leaders. Gould and his helpers had to recount votes and hand out forms over and over after a few miscounts took place.

“Guys, we can’t go on until we get Number 28,” Gould announced to the Caucus-goers, referring to the ballots each voter filled out.

These discrepancies seemed to be state-wide. At around 10:30pm, when media sites were expecting Caucus results, the Iowa Democratic Party announced that there had been mistakes in result reporting, and recounts would take place. This meant that as of Feb 4, no media, Caucus-goers, candidates, or voters knew the results of the night they had been waiting for for months.

“(We) stepped on that plane victorious on our way to New Hampshire,” Buttigeig announced to a crowd in Iowa, referencing the next Primary Election, New Hampshire, which will be held on Feb 11. The other candidates shared Buttigeig’s sentiment, claiming that their campaign had won big in Iowa, though 0% of results had been reported.

The Iowa Democratic Party said in a statement that Caucus results would be available as soon as possible, but members of the media, pundits, and voters viewed the night as a disappointing failure. Nevertheless, the event officially started the road to the 2020 Presidential Election, which will take place on Tuesday, Nov 3, 2020. 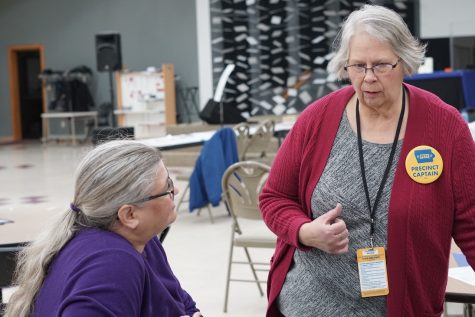 Estrada tries to convince a member of a non-viable campaign to join the Buttigieg campaign. “At this point, we have to band together to get Trump out of office. It’s more important than the minuscule details,” she explained on why she tries to get new people to her side.