A High School Student’s Guide to the Democratic Candidates 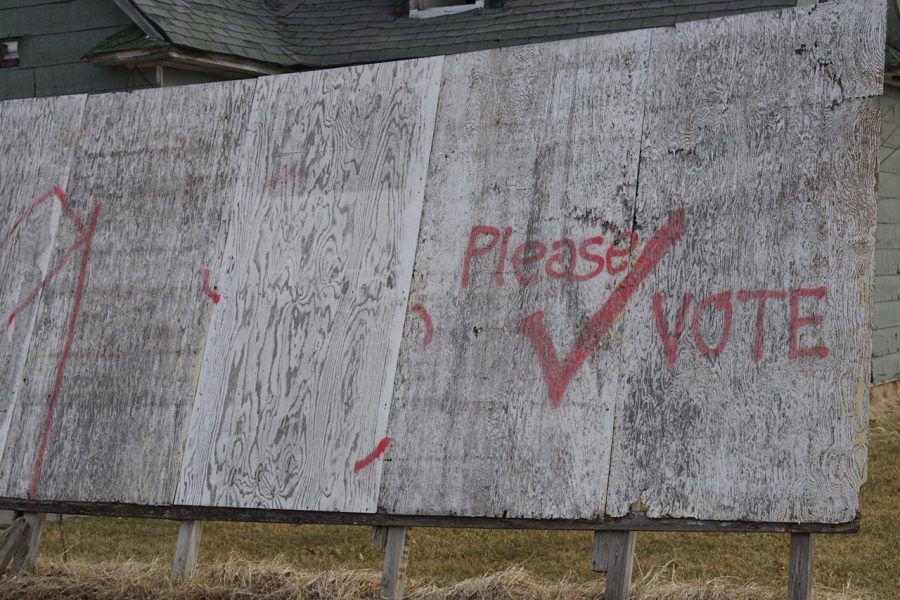 The 2020 Presidential Primary election is coming  quickly and voters in Missouri have until March 10th to make their decision for who to support in the nomination process. With two candidates for the democratic nomination in serious contention, finding the right person to represent you can be tough, especially with the overwhelming amount of opinions and slander voters can be subjected to. Here’s a guide of each candidate in the running, what they stand for, and what their chances of winning the White House are.

Currently in second place in the delegate race, with 575 votes and a major win in California, Vermont Senator Bernie Sanders is the far-most left candidate left in the race. The New York native moved to Vermont to become a carpenter and filmmaker before his Congressional tenure started in 1990.

Sanders is the far-most left candidate in the running for candidacy, having received an endorsement from affluent freshman Congresswoman Alexandria Ocasio-Cortez, a Democratic Socialist. In addition, he has collected endorsements from the Sunrise Movement, a leading climate change advocacy group, multiple teacher and student unions, and other progressive associations.

In Feb. of 2020, US security officials briefed Sanders’ campaign that Russia was trying to hack his campaign. This comes after reports that the nation had also been meddling in President Trump’s campaign and successful interference in the 2016 election. Though Russian President Vladimir Putin is firmly opposed to a Sanders presidency, having Sanders as the Democratic nominee could put democrats at risk of another four years of Trump. However, CBS News reported on Feb. 23 that Sanders is ahead of Trump in polls by four percent.

Ensure that America is a safe place for all by reinstating the Deferred Action for Childhood Arrivals (DACA) program, disbanding the Immigration and Customs Enforcement (ICE) agency, and ending inhumane detention centers
Institute Medicare For All, a system which will give every American access to complete healthcare
In partnership with Alexandria Ocasio-Cortez, Sanders has already signed on the Green New Deal, which will create 20 million jobs needed to solve the climate crisis, making the US completely emissions-free by 2050
Create a more equitable America by expanding racial justice programs, funding Planned Parenthood, and protecting the rights of disabled people

“My favorite was Pete Buttigieg, but now that he’s dropped out I think Sanders is my favorite,” freshman Tehya Ross admitted.

Former Vice President of President Barack Obama’s administration, Joe Biden has been a mainstay in the nomination race. After a long and successful career in law, Biden became a Delaware senator in 1972. Over his tenure in Congress, Biden has a track record of supporting progressive movements such as gun control, equal rights, and climate change. Then, during his 2008 Presidential campaign, Obama asked Biden to be his running mate, followed by eight years in the White House together.

Biden has drawn many criticisms after his campaign announcement in April of 2019. The 76 year-old has made multiple slip-ups over his campaign, like when he wrongly stated that he met victims of the Parkland shooting when he was Vice President, when in reality Trump was the President at the time of the shooting. In addition, his track record during the Anita Hill hearings in the 1990’s. Biden was the chair of the Judiciary Committee when Hill, a black lawyer, accused Supreme Court nominee Clarence Thomas of sexual assault, to which Biden responded with disbelief and indifference. Biden has since apologized for the mistake.

Biden was involved with one of the biggest political scandals in American history when it was discovered that President Trump had threatened to withhold financial aid from Ukranian Prime Minister Volodymyr Zelensky if he didn’t agree to investigate Biden’s son, Hunter, and his work with Ukranian company Barisma. This scandal would eventually lead to Trump’s impeachment on accounts of abuse of power and obstruction of Congress. You can learn more about Trump’s impeachment here.

Though Biden was leading in early polls, his campaign has had a disappointing start at delegates. Biden had only 13 delegates after the Nevada primary, trailing Sanders and Buttigieg by 30 and 13 delegates, respectively. However, the VP had a triumphant win in the South Carolina primary, and a huge win on Super Tuesday, passing Sanders with a total of 652 delegates. Biden is one of the most stereotypically electable candidates as he is the most moderate and the most likely to get republican votes.

Protect workers rights by raising the minimum wage to $15/hour, protecting union rights, and give every young American a trustworthy career path
Continue President Obama’s Affordable Care Act, which gives Americans the option of a complete public healthcare system, while maintaining the option for private, premium care
Lead the world climate change solution by taking action against big companies whose carbon emissions hurt the environment, rejoining the Paris agreement, and making new investments to find climate solutions
Initiate criminal justice reform that eliminates unfair sentencing, rehabilitates ex-convicts so they can fully participate in the economy, and reduce gun violence by passing the Violence Against Women Act

“As a fast food, minimum wage worker, a higher minimum wage is really important to me, but some of Biden’s other ideas aren’t really my favorite,” sophomore Aubrei Roland said.

However, Biden’s health has some students worried. Freshman Zoe Walker said “He’s just really old, I’m not sure if his mental health is good enough to beat Trump in debates.”