The former Second Lady spoke on hot issues and rallied voters to support her husband in the primaries. 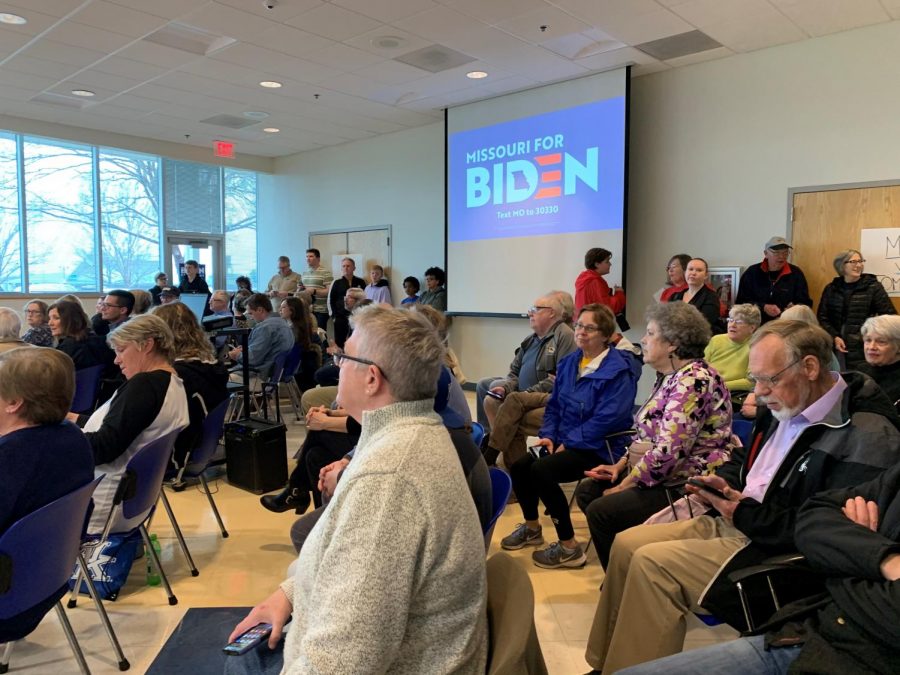 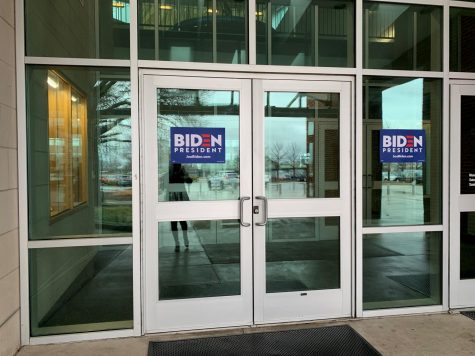 Over the weekend of March 7, Biden’s campaign spent time lobbying across the state with rallies in Saint Louis and Kansas City, hoping to out-poll his competitor, Vermont Senator Bernie Sanders, in the state’s primary. At the time of publishing, Biden had a 77 point lead over Sanders with 652 delegates. A win in Missouri could give Biden as many as 71 more delegates.

Jill Biden made a last-minute stop to Columbia on the campaign trail, with the rally being announced to the public less than a day earlier. Nevertheless, a considerable crowd showed up to hear the Second Lady speak.

“I don’t really know who I’m supporting yet, so hopefully hearing (Biden) speak will help me make that decision,” Jackie Ozanich, a freshman who attended the rally, said. Ozanich came to the rally with her mom, a registered Republican who is still deciding who to vote for in the upcoming election.

Not all attendees came to the event to make a decision. Some people, like Tucker Black, a high school student, had already made up their mind. “We need someone stable-minded and with experience leading the country,” he explained on why he’s supporting Vice President Biden. Black said that he’s prioritizing the economy, climate change, and gun control this election cycle, all of which Biden fits the bill for.

Another topic on voters’ minds right now is the coronavirus outbreak and the disease it causes, COVID-19. At the time of publication, Missouri has seen confirmed cases in the St. Louis and Kansas City areas. With a spread of the infectious disease looming and creeping closer on Columbians, attendees applied hand sanitizer upon their arrival and were strongly encouraged to bump elbows or give a “namaste” signal instead of shaking hands.

“Trump is lying to himself and us about the coronavirus, we need a President that’s level-headed and can face the facts, which I feel like Biden can do,” Black added.

Not everyone at the rally was keen to Biden’s candidacy. West Middle School eighth grader Jacob Penn sat quietly outside the venue while Biden spoke, equipped with his AirPods and iPhone streaming one of the 2016 General Election debates between President Trump and Hillary Clinton. Beside him were hand-drawn signs that read “MAGA” and “Trump 2020.” Even though he’s too young to vote, NAME stood strongly in his position against the opposition of the rally.

“Trump’s doing great things for the economy, there’s a record low amount of people without jobs, and he’s improving the situation at the border,” he explained. However, Penn thinks that his age gives him a unique perspective this election cycle. “I can’t vote, and I don’t pay taxes, so I think I’m more removed from the situation.” 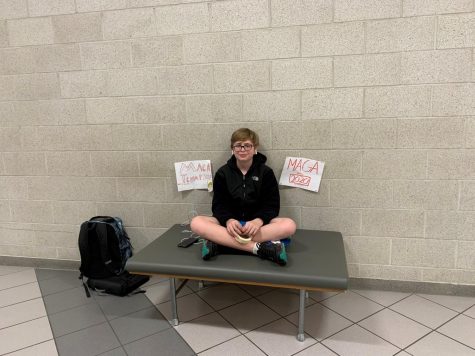 Regardless of their political standings, Jill Biden looked to unite voters during her speech. The English teacher provided personal anecdotes for her husband’s campaign promises, like her sister’s struggle with cancer and paying for the treatment, which was remedied by the Obama-administration’s Affordable Care Act. The crowd cheered as she rallied behind gun control, women’s rights, and health care.

“For those of you that are students here today, in your English classes you talk about your stories, and how they can isolate us, divide us, or make us feel angry,” Biden said. “Stories can help us rise to kindness as well, they can remind us that our differences are precious and our similarities are infinite.”