Student of the Month: Ben Peng 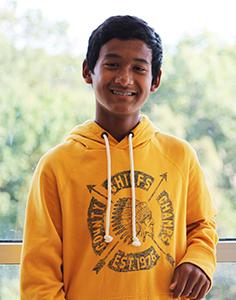 Benjamin Peng is a well-known soccer player and second year AVID student. Ben has come out of his shell this year. He’s one of many talented soccer players here at Battle High School, and he’s very modest about getting the privilege of being the student of the month for Battle High School’s sophomore class. Ben stated: “I was very excited to find out I was the student of the month because I never really got to be a shining student because of all the sophomores they chose me to be the month which is a huge privilege and high expectation I have to reach up to.” Ben Peng was very excited to find out what all his friends and family were going to say about him getting his student of the month award. A hardworking, and charismatic individual, Ben definitely deserves this month’s award.